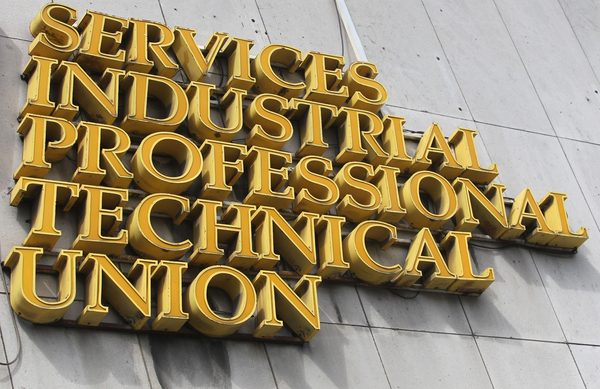 Members of SIPTU and INMO are preparing to ballot for industrial action due to the failure of the HSE in St. Anne’s CNU and Clifden District Hospital, Clifden, Co. Galway to engage with the trade unions under the auspices of the Workplace Relations Commission, following the unilateral imposition of rosters and failure to be transparent in the future of Clifden District Hospital.

Conciliation talks under the auspices of the WRC failed to progress due to management’s refusal to comply with the provisions of the Public Service Agreement as it pertains to roster changes and service reconfiguration of the service delivered from Clifden District Hospital.
It is the belief of our members that management have orchestrated a situation whereby there is critical shortage of nurses leading to an inability to maintain services on both sites. The blatant lack of workforce planning has resulted in this situation occurring.

Management proceeded to unilaterally impose rosters and have failed to provide any cogent information regarding the future of Clifden District Hospital.

Staff and the community are very concerned regarding the future of Clifden District Hospital.

This morning’s PSC meeting decided that individual unions should now consult members, through ballots and other means, on the package in advance of a collective decision on whether to accept or reject the package. This will take place at a further PSC meeting on Friday 7th October, where voting will be weighted to reflect the number of public servants that each union represents.

PSC chairperson Kevin Callinan said he believed the outcome of this long process was the best that could currently be achieved through negotiations.

“We’ll now be explaining this package to union members, who will have the final say in ballots. Neither side has achieved all it sought, but this package is a significant improvement on the pay terms of Building Momentum, and it is worth more to those who need it most. This underlines the importance of the unions’ decision to invoke the review clause in the current agreement.

“Over the past weeks, Minister McGrath and his Government colleagues have repeatedly promised to supplement pay measures with other cost-of-living supports through the Labour-Employer Economic Forum (LEEF) process and the forthcoming Budget. Workers will now expect delivery on that promise. A Government failure to deliver will certainly impact the ballots that will shortly get underway,” he said.

The pay talks resumed at noon yesterday (29th August) after a ten-week hiatus during which the Government said it was reflecting on its position. Minister for Public Expenditure and Reform Michael McGrath said his revised offer was final, although union negotiators held out for an improved sum for lower paid public servants.
The total 2022-2023 increases due under the WRC-proposed package would be:

2) 1st October 2022 1% or €500 a year (whichever is the greater). Note, this was agreed under the original Building Momentum agreement

These are in addition to Building Momentum increases of 1% or €500 a year (whichever is greater in October 2021, plus a sectoral bargaining fund worth 1% of annualised basic pay from 1st February 2022.

John King also said that the Union would holding a meeting of its National Executive Council as part of a process to commence consultations with members immediately, in advance of commencing a ballot vote for acceptance or rejection of the proposal’s. 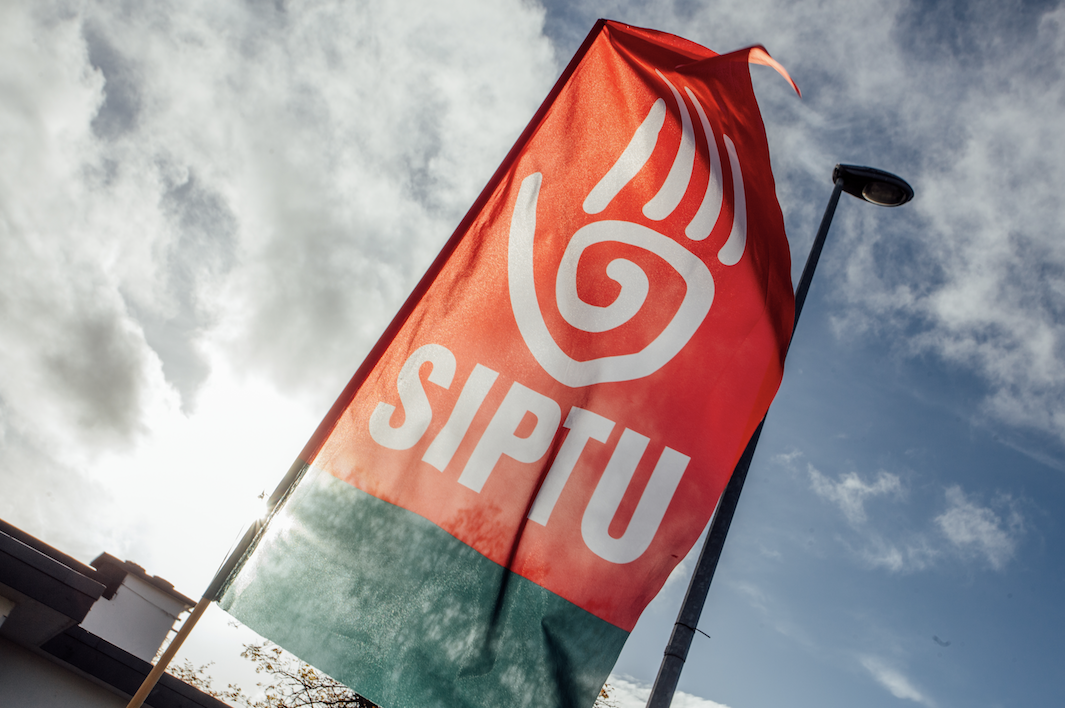 SIPTU organisers in the public service representing members in the Health, Local Authority, Education and State sectors, are today commencing a consultation exercise with its members in advance of ballots for industrial action over pay later in August.

SIPTU Deputy General Secretary John King said: “Balloting for industrial action will begin on 29th August if there is no successful outcome to the talks on a review of the ‘Building Momentum’ agreement. The Workplace Relations Commission has invited the Public Service Committee of Congress to talks but the government side has said that it is not in a position to attend until the end of the month. While we have welcomed the invitation, we intend to continue the consultation process with our members and, in the absence of a set of proposals that can be put to our members, the ballots for industrial action will commence.”

The Public Services Committee of Congress invoked the provisions of the review clause in ‘Building Momentum’ on 11th March, 2022 when inflation was at 5.6% and when it was clear that the modest terms of the public service agreement, concluded in January 2021, were being completely eroded by the dramatic increase in the cost of living for workers. With inflation now running at 9.1%, union members are becoming increasingly frustrated at the Government’s failure to conclude an acceptable review of the pay terms of the Agreement.

SIPTU members across the public service will commence a consultation exercise in advance of ballots for industrial action over the failure of the Government to conclude an acceptable review of the pay provisions of the ‘Building Momentum’ Public Service Agreement. The consultation will involve union members and activists in the health service, local government, education and the State sectors in the coming weeks.

SIPTU Deputy General Secretary, John King, said that by refusing to re-engage with the Workplace Relations Commission (WRC) to deal with escalation in the cost of living, the Government is in breach of the terms of the current Agreement.

John King said: “The Public Services Committee of Congress invoked the provisions of the review clause on the 11th March 2022 when inflation was at 5.6% and when it was clear that the modest terms of the Agreement, concluded in January 2021, were being completely eroded by the dramatic increase in the cost of living for workers. With inflation now running at 9.1%, the Government’s failure to re-engage at the WRC is no longer tenable.”

He added: “Talks at the WRC were deferred on 17th June when the Government side claimed it needed time to reflect. With the Dáil now in recess until early to mid-September, it is clear that it is not prepared to engage in meaningful discussions on the cost of living crisis. In these circumstances, we are now left with no alternative other than to ballot our members in order to protect their standard of living.” 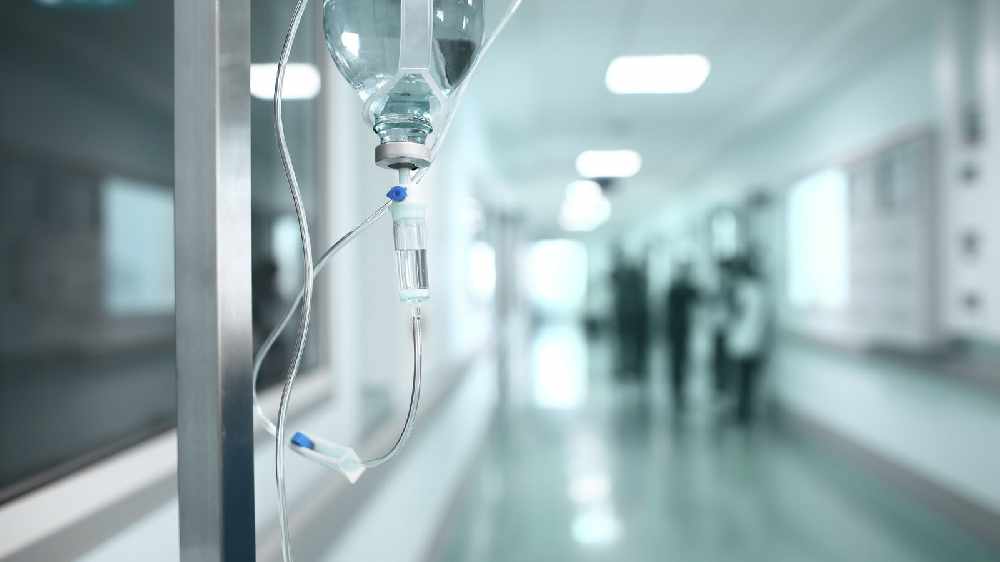 SIPTU representatives have today (Friday, 24th February) confirmed that strike action by up to 10,000 support workers in the health service has been averted. This follows an agreement with the HSE concerning a dispute which centred on job evaluation, incremental credit for support staff interns and concessions for emergency department staff.

SIPTU Health Division Organiser, Paul Bell, said: “We have made significant progress on the issue of job evaluation and this process will commence immediately. With regard to the issue of incremental credit for support staff interns it has been agreed that this matter will be considered in the context of the forthcoming public sector pay negotiations.”

Bell added that the remaining issue of concessions for emergency department workers will return to the Labour Court. He said: “Disappointingly, we were unable to make sufficient progress in our negotiations to secure the concessions granted to nursing staff, assigned to emergency departments in acute hospitals throughout the state, in January 2015 were extended to all other health workers committed to working in the same tough environment.

“However, I believe that the decision to have this element of our dispute referred to the Labour Court for binding arbitration is the best way forward for all stakeholders, which includes the public who would have been unavoidably disrupted by the proposed strike action.