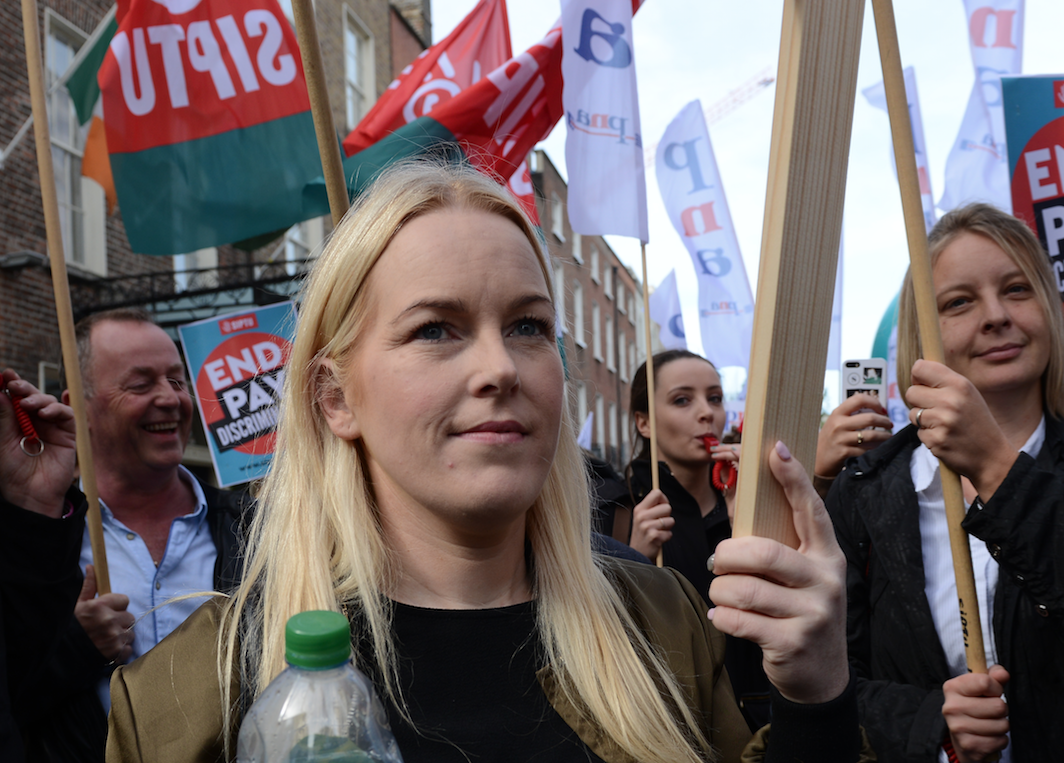 SIPTU members in St Aidan’s Services, Gorey, Co. Wexford, a section 39 organisation providing day and residential services for people with intellectual disabilities, held the first in a series of work stoppages today (Wednesday, August 10th) in protest against the non-payment of increments due to them.

SIPTU member and Health Care Assistant in St Aidan’s Services, Helen Tobin said: “We have been in Workplace Relations Commission twice and subsequently to the Labour Court in 2013. The Labour Court ruled in our favour but we still have not been paid what we are owed. We have no choice but to take industrial action. It is very frustrating because we go above and beyond the call of duty yet we are not shown respect for the vital community service we provide.”

SIPTU Organiser, David Morris said: “Our members have been badly let down by the refusal of HSE management to pay them what they are owed. The workers have explored every avenue open to them to find a solution to this dispute and now feel they have no option but to take action to highlight the situation.”

The Lansdowne Road Agreement committed the nursing unions and the HSE to meeting directly and engaging on outstanding issues of: incremental credit for 36 week placement, rate of pay during the fourth year work placement and pre-registration post qualification payment.

The unions met with the HSE on 25 September 2015 with a view to commencing these discussions. The unions raised the following points:

The HSE were not in a position to respond and requested a period of three weeks, during which time they will consider the matters and revert to the unions on or before 16 October 2015.

It is the firm belief of SIPTU, the INMO and the PNA that in the event that the employer refuses to engage in respect of these matters, considering the very serious crisis in nursing/midwifery staffing in the Irish health service, we will be forced into a position of consulting with members to commence a public campaign to highlight the need for urgency in dealing with retention and recruitment of nurses and midwives.