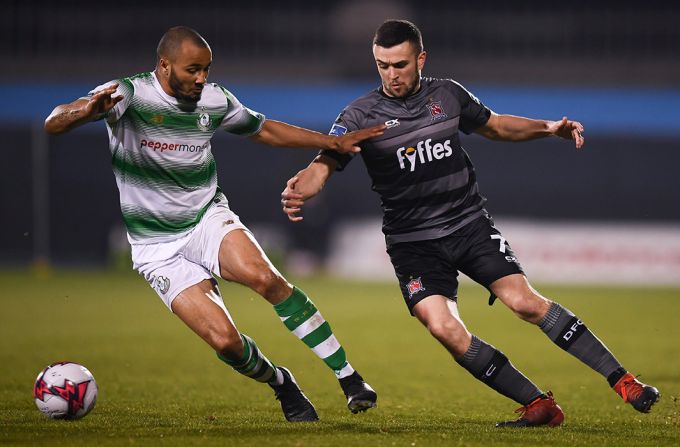 Later today, the team which has dominated League of Ireland football in recent years will clash with the most successful club in its history when Dundalk FC meet Shamrock Rovers in the final of the FAI Cup. Dundalk beat Rovers to win the League at Oriel Park in September.

The game will round off a good season for domestic football, which has seen growing attendances and a real buzz developing around some clubs that have focused on re-invigorating the connection with their local community.

The largest league attendance of the year was 7,021 in August at Tallaght Stadium to see Rovers finally defeat their bitter cross city rivals Bohemian FC in a league fixture for the first time in nine attempts.

Many other games around the country have seen the 3,000-attendance mark broken, indicating a growth of interest in a league that five years ago was only seeing attendances of just over 1,000 even at some of the larger clubs.

The turnaround in terms of support for the two old Dublin clubs, whose attendances have both considerably grown over the last three years, has been brought about by two different models of growth.

The backroom management at Rovers have focused on presenting a professional image of its club, with investment in the first team squad and resulting success on the pitch utilised to reconnect with arguably the country’s biggest fan base. Rovers’ rivals in the FAI Cup Final, Dundalk, are similarly a testament to how professionalisation and success on the pitch can build a football club.

Dundalk F.C. is owned by US investment company Peak6, who until very recently also owned the English Premiership side, Bournemouth. The money from this source has allowed for serious investment in playing staff which in turn has seen Dundalk win the last two league titles.

In contrast, Bohemians has adopted a very different model of community-based development, which has seen attendances grow while on-pitch success has been more measured. Bohemian FC Commercial Manager, Daniel Lambert, said: “Bohs has always been a member owned club. For many years this made them quite a conservative institution in some ways, such as not having a professional team until the 1970s.

“The 1990s/2000s saw this change with a group of people with banking and business back- grounds becoming prominent in the running of the club. A number of unsuccessful property plays undertaken by this group, albeit with the required member approval, promised to build it into a multi-million euro enterprise but in reality threatened the club’s very existence.”

Lambert likens the state of the club when he and the current crop of directors came to the fore “as like someone sitting in a big old country house and it is falling apart around you”.

Their response was reinvigorating the club’s links with communities in Dublin 7 through growth in their youth teams, both boys and girls, becoming all volunteer staffed and other overtly political stances such as taking a stand in support of the Equality Referendum in 2015.

“We’re essentially/structurally a GAA club that plays football”, says Lambert, “No one is paid. It is all committees and subcommittees. We have taken on an unashamedly progressive position with initiatives that have included support for gay rights, murals celebrating working class culture and a fan funded scheme which pays for asylum seekers in direct provision to attend every home game. A similar scheme has now been adopted by Shamrock Rovers.”

Lambert added: “I see this approach stemming directly from the way the club is member owned and has no capacity in its structure for personal profit. It’s in my view inherently left wing and totally against what football has become globally in terms of big business.”

While other League of Ireland clubs such as Sligo rovers have also succeeded by developing their community links, the current fate of Cork City FC is a more cautionary tale. It is a member owned enterprise which both solidified its community links while also investing big on the pitch. In a case of overreach the club had to cut back and after several years at the top battling Dundalk for League and Cup titles, it now lies below mid- table with attendances nearly half what they were in recent seasons.