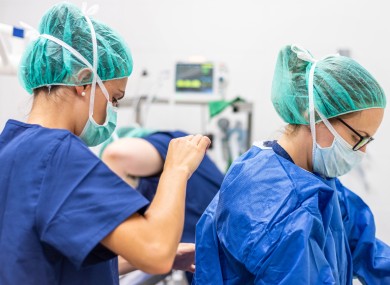 SIPTU representatives and nursing unions were informed tonight (Thursday, 28th January) that clinical placements for first, second and third year student nurses and midwives are to be suspended until at least Monday 8th February and are likely return on a phased basis.

SIPTU Industrial Organiser, John McCamley, said: “Over the last number of days, SIPTU representatives have raised our members deep frustration and annoyance at the haphazard manner way this process has been handled and the very real concerns held by student nurses and midwives around their education, health, well-being and financial challenges.

“It is our understanding that students will not have to make up the time for the first two weeks of this suspension as different processes are being put in place to facilitate this. However, no clarity has yet been provided with respect to the additional week or any further additional weeks of hiatus.

“At the meeting today, the Department of Health again confirmed that the Minister for Health, Stephen Donnelly, will sign off on the recent recommendations by Professor Tom Collins and introduce a €100 clinical placement grant. We would encourage the Minister to backdate this payment at a minimum, as suggested by Professor Collins.”

He added: “SIPTU will continue to argue for proper protections within the workplace for students across all health grades and to insist that appropriate financial remuneration is provided for those who carry out essential frontline duties.”