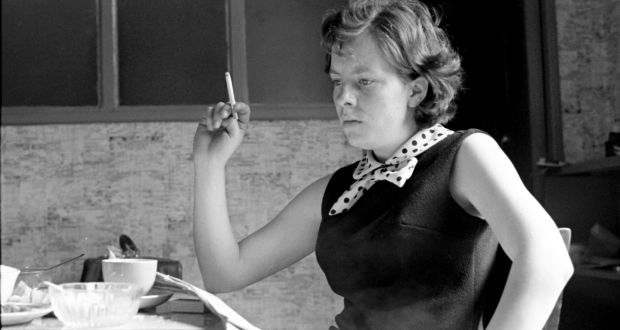 A fearless fighter for equal pay and decent jobs

I still remember the first day, in 1981, Padraigín was introduced to us in 48 Fleet Street in the headquarters of the Irish Women Workers’ Union (IWWU). In came this woman full of enthusiasm and ready to take on her role as assistant general secretary, bringing new ideas, new changes which would benefit the members going forward.

She brought new light to the women workers’ membership. She worked tirelessly to organise and campaign for the rights of workers. She loved the buzz of it. She had found her calling.

Padraigín commenced her working life in the Civil Service. However, it wasn’t long before she felt the need to move forward to fight for the rights of workers and their families, particularly for women.

She became an official in the Federated Workers’ Union of Ireland in 1973, one of a number of radical young officials appointed at the time with the intention to breathe new energy and commitment into the union to face the many challenges ahead.

Padraigín was assigned to service the membership of the union in Aer Lingus, with particular responsibility for the cabin crew. She quickly established herself as their champion in the many battles they had with management, achieving vast improvements in their pay and conditions.

She was the last serving general secretary of the Irish Women Workers’ Union from 1982 until the amalgamation of the IWWU with the FWUI in 1984.

With the IWWU Committee she led the negotiations with the FWUI and its general secretary, Bill Attley. The proposals for a merger were devised and accepted by ballot by the members of the IWWU in 1984.

Welcoming the discussions to join forces with the FWUI, Padraigín said she was “confident that the Larkinite tradition of democratic trade unionism upon which both trade unions are founded will ensure the successful outcome of the talks.”

In 1992, Padraigín’s health was to suffer a blow. However, with the same determination that had marked her work as an official, she fought back and continued to struggle for workers until her retirement. Despite the fact that her health worsened over the years, it did not stop her continuing her work for the movement.

In March 2013, she oversaw the unveiling of a plaque to commemorate the founding of the Irish Women Workers’ Union with Kay Marron and Margaret McCurtain at Liberty Hall, Dublin. The plaque was the result of a long campaign by the IWWU Commemorative Committee which had worked tirelessly for recognition of the stand taken by three young women in Jacobs’ factory who had refused to remove their union badges.

Padraigín, during her working life, achieved a great many things as a trade union official. She showed great determination. She was known to be stubborn. She was an achiever and a brilliant negotiator. She was one of the courageous young women in the 1970s who campaigned for women’s rights and, while there is still unfinished business, she will be remembered as a fearless fighter for equal pay and decent jobs.

Her role within the trade union movement will never be forgotten.

But, behind all that bravado, the Padraigín we knew was a kind, considerate and passionate person, always willing to help others. She never stopped trying to make a difference and her legacy will stand the test of time. We were a good group, we laughed, we had good times and bad times but we worked well as a team. We have fond memories.

Padraigín was also an avid reader, an excellent cook and breadmaker. She fought fiercely for the rights of married women to remain in full-time employment.

Earlier this summer on Tuesday, 4th June 2019, Padraigín succumbed to her illness.

She will be sadly missed by her two children Eoghan and Ruth, by her brother Eamon, her extended family and friends and all who knew her.

Perhaps now, for the first time in a long time, she is at peace, no longer in pain and suffering, content that the world she was born into is a better place because of the work that she did on behalf of workers.

Not many of us can say that.

Forever in our heart, Padraigín. Rest in peace.