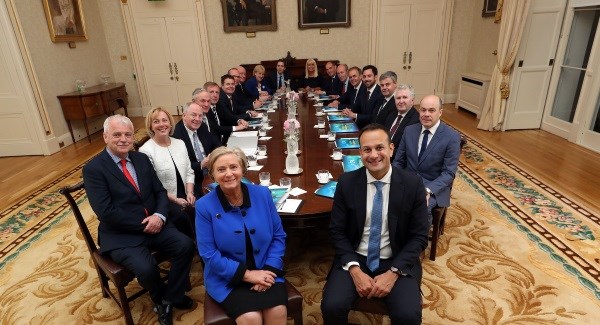 A case of old wine in new bottles aboard Ship Leo

The election of Leo Varadkar as Taoiseach and his appointment of three new ministers to the Cabinet is a case of old wine served in new bottles. It will not change the thrust of Fine Gael policies on the economy or the way in which it treats working people when it comes to income inequality the increasing trend towards precarious and low paid work or the inadequate provision of public services.

The appalling housing crisis leaving almost 100,000 thousand people on local authority waiting lists and the two tier health service which has over 400,000 awaiting hospital treatment will not be improved by the shifting ofdeck chairss on board Ship Leo.

It is likely that a general election will take place next year when Fianna Fáil decides that it has a chance to be returned as the largest party but, for now, it will happily hold its position as main opposition party while exercising its influence over Government action.

In the meantime, the spectre of Brexit looms over the future of hundreds of thousands of workers across the island while the volatile behaviour of US president Donal Trump further threatens global economic and political instability.

The performance of Jeremy Corbyn and a resurgent Labour Party in Britain and the defeat of Le Pen in France have been welcome developments in recent weeks and perhaps just might concentrate the minds of progressive people and parties about the possibilities of a left alternative to the traditional dominance of two right wing parties in this state.