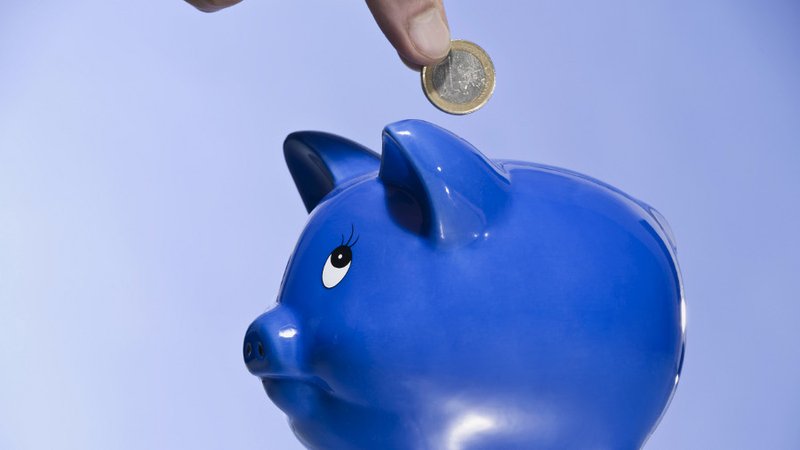 Wasting Money on Savings We Already Have

The Government is planning to introduce a Rainy Day fund – a fund to be used when the economy starts to slow down or enters a slump.  This sounds very prudent, very far-sighted.  For instance, it makes good sense for a household to put aside some savings in the case of emergency expenditure (that’s if people have the ability to generate such savings; we know that so many don’t).

The Government will fund this via two sources.  First, it is going to take €1.5 billion from the Strategic Investment Fund (which is, essentially, the successor to the National Pension Reserve Fund which was emptied out to invest in the banks).  Second, the Government is going to take €500 million out of each annual budget for the foreseeable future.

There are two issues here.

First, we already have rainy day funds – a considerable amount in fact.  There’s the Strategic Investment Fund itself which has nearly €20 billion.   Nearly half of that is ‘invested’ in the banks and so can’t be accessed easily in the case of an emergency.  However, we have €8.5 billion in what is called the ‘discretionary’ portfolio.  Not all of this may be easily accessible but there are over €3 billion in stocks, bonds and cash.

There’s another source of funding:   the Government’s cash balances.  This is the money the Government (through the National Treasury Management Agency) keeps in cash and other short-term investments.  In October 2017, the Government had nearly €15 billion.  This rose to over €20 billion by April 2018.  Not all this money is accessible in the case of an emergency.  The Government needs to keep a healthy balance for cash-flow purposes and to refinance debt.  Still, there are considerable funds already in place to help us out in an emergency.

In short, between the ISIF and the Government’s cash balances, we already have a rainy day fund, even if it’s not called that.  The Government’s proposal appears to be just a costly duplication.

The second problem is that the Government’s proposal may not actually be a rainy day fund.  The Parliamentary Budget Office had this to say about the Department of Finance’s consultation paper:

‘ . . . the Department of Finance uses inconsistent terminology. Rainy day fund and contingency fund are used interchangeably which makes the specific proposals difficult to analyse. In particular, the paper repeatedly refers to rainy day funds. In the context of government finances, a rainy day fund generally refers to money set aside during times of budgetary surpluses to fund future deficits. However, the consultation paper seems to conflate this with a fund to meet unexpected expenditure for one-off events. These are more usually referred to as contingency funds.’

So which is it?  Money set aside to fund future deficits (such as during a recession when tax revenue falls)?  Or money set aside to meet unexpected expenditure (such as a natural disaster like flooding)?  We will have to wait and see but it is not a particularly helpful way to conduct a debate, especially as the Government aims to build up the fund to €8 billion over time.

‘Holding cash in this manner (i.e. a rainy day fund) has a high opportunity cost as the funds being held in the fund could be used to invest in means to boost productivity and improve the quality of life of citizens.’

Despite the economy needing more housing, healthcare funding, and crucial investment such as high-speed broadband or public transport – the Government intends to withhold half a billion Euros a year from the budget.  That means less spending on these crucial areas.  This makes no sense given that we already have rainy day funds.

A better approach would start with abandoning the rainy day fund in the short-term, thus freeing up €500 million a year.  This would, first, require the Government developing a long-term strategy of ring-fencing funds in the ISIF and it’s own cash balances that could be utilised in the case of an emergency.

Second, the €500 million should be assigned to investment projects in order to, as the Parliamentary Budget Office puts it, ‘boost productivity’ and ‘improve the quality of life’.  We may have different priorities but my own preference would be to build houses. High rents and property prices are a drain on the productive economy while depressing workers’ life quality.

Third, the Government should plan for unexpected expenditures.  This, of course, can be difficult; after all, they’re unexpected.   But we can anticipate some – even if we can’t anticipate when.  For instance, with erratic weather arising from climate change, the risk of flooding will increase.  Therefore, the Government could anticipate this with increased flood defences.

There’s no reason to set up a rainy day fund – we already have the funds.  What we need is economic and social investment.  We need to ensure that when the next downturn comes (and it will come – that’s what market economies do:  rise and fall like a roller-coaster ride), the economy is strong enough to see us through with minimal social damage.

If we sacrifice vital investment in order to accumulate savings which we already have, then the next downturn will be even worse and will require us to spend even more repair money on the other side.  And the €500 million?  It will disappear into mounting deficits.

What at first sounds prudent can turn out to be reckless and wasteful.

And who can afford that?

This article was written by SIPTU Researcher, Michael Taft.

You can read more here