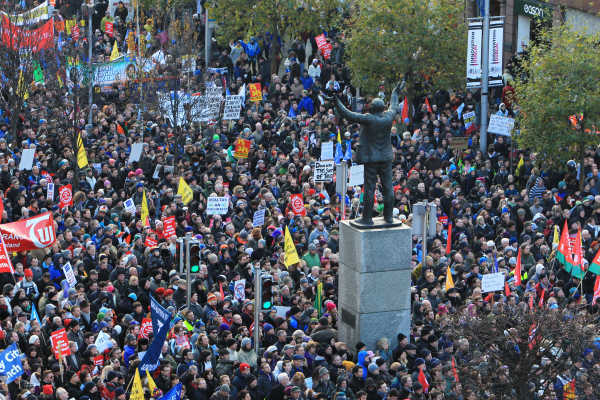 The affiliates of the ICTU Public Services Committee this afternoon (Wednesday) reaffirmed their intention to maintain a collective approach to public service pay and related issues.

The primary purpose of today’s PSC meeting was for affiliates to hear a report from the PSC officers about their ongoing engagement with Minister Donohoe and senior officials of the Department of Public Expenditure and Reform (DPER) in the wake of the 3rd November Labour Court recommendations in the Garda dispute.

The PSC officers have strongly made the point – most recently in a meeting with senior officials yesterday evening (Tuesday) – that public servants and their representatives require clarity about the process and timetable for addressing these issues, including the need for accelerated pay restoration. They have also made the point to the Minister and his officials that the Lansdowne Road Agreement will be undermined unless this happens quickly.

The PSC officers told the meeting that they believe the wider implications of the Garda Labour Court recommendations can and should be dealt with in negotiations early next year, under paragraph six of the Lansdowne Road Agreement, which allows such issues to be addressed within the scope of the Agreement.

It was agreed to adjourn the meeting in order to allow the PSC officers to consult further with individual affiliates, and to report back on these consultations, and on further engagement with DPER officials, to another meeting of the PSC in two weeks’ time.