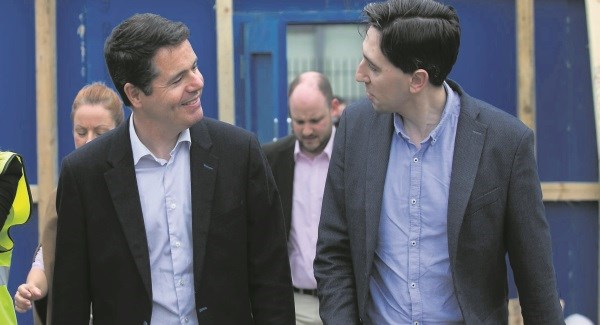 SIPTU representatives have today (Tuesday, 9th January) called on the Minister for Health, Simon Harris, and the Minister for Finance, Paschal Donohoe, to get to work on a plan that will restore the pay of thousands of health and social care workers employed in Section 39 organisations.

The call follows discussions between union representatives and the Health Service Executive (HSE) at the Workplace Relations Commission (WRC). Following the talks involving SIPTU, IMPACT and UNITE, the HSE formally agreed to provide funds for Section 39 organisations to pay sleep-over allowances and instructed how these monies should be allocated to workers entitled to the payment.

SIPTU Health Division Organiser, Paul Bell, said: “The latest agreement brokered in recent days by the WRC involves the HSE overtly and formally directing that our members should receive payments owed to them. It is now up to the HSE and the Government to ensure that the wider dispute involving the restoration of pay for workers across the Section 39 organisations is resolved. We are at a critical stage of engagement with our members as workers are balloting on whether to commence strike action in February. The HSE, Department of Health and Department of Public Expenditure and Reform have continued to ignore Labour Court recommendations which uphold our members’ pay link with the public service on the grounds that they have no role or input into pay for workers in Section 39 organisations. The agreement at the WRC undermines this assertion by the HSE and the departments that they have no responsibility in the matter.”

Bell also confirmed that SIPTU Shop Stewards and Organisers have requested meetings with Government TDs and Senators in their respective constituencies to explain their claim and the need to avert a looming strike through negotiation before it is scheduled to commence on 14th February.

“I have written to both ministers on four separate occasions requesting meetings and they have declined these request. In recent days, we have also corresponded with the health minister on the content of his New Year’s Eve tweet where he committed to end imposed FEMPI pay cuts for those contracted to provide services to the HSE which include Section 39 organisations. We await his response.”