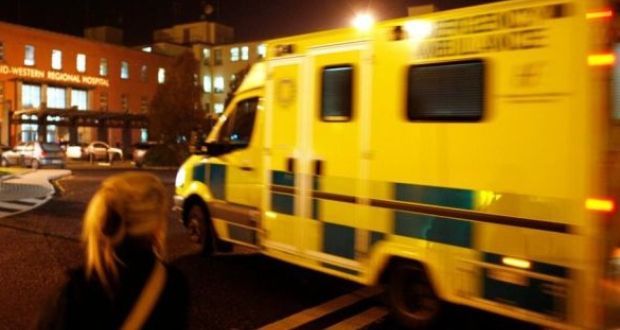 SIPTU members in the National Ambulance Service (NAS) have expressed concern over the impact on services and patient safety resulting from the delays they are experiencing in signing patients into emergency departments in hospitals across the country.

SIPTU Health Division Organiser, Paul Bell, said: “Prior to the current crisis, the time that patients were spending between arriving at a hospital and being transferred from the care of ambulance staff to that of the emergency department team was on average 20 minutes or less. However, due to the current overcrowding crisis in emergency departments this time has increased to on average between one to three hours in many hospitals across the country.

“Today, members have reported to me that such delays have been experienced in more than 15 hospitals across the country. The hospitals affected include Letterkenny, Waterford, Our Lady of Lourdes in Drogheda and St. Vincent’s in Dublin.”

He added: “Such delays are then having knock on effects on other ambulance services including responding to emergency calls and routine patient transfers. The Minister for Health, Simon Harris, must contact HIQA, the regulator of the NAS, to fully brief it on the impact that the emergency department crisis is having on our members’ ability to comply with guidelines in relation to ambulance response times.

“Workers in the NAS are increasingly disturbed and frustrated by the impact that the ongoing crisis in hospital emergency departments is having on their ability to provide an adequate service to their community and the risks to patient safety which are resulting from it. Our members in the NAS cannot be held in anyway accountable for these delays which are completely due to circumstances beyond their control.”