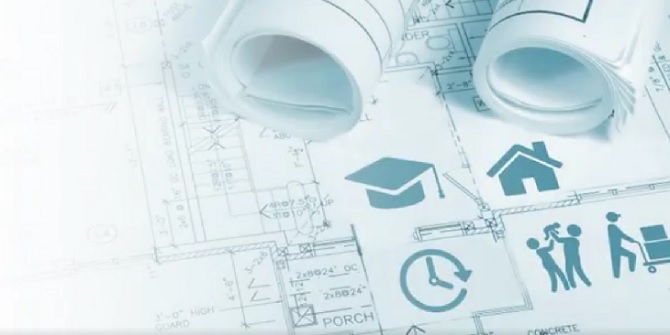 The European Pillar of Social Rights has been top of the agenda for anyone working on EU social policy and labour matters for the past 18 months but aside from coverage in Liberty, it has received scant commentary in Ireland.

The Pillar was first announced in September 2015 as European Commission President Jean-Claude Juncker’s flagship initiative in the social field. In March 2016, the Commission presented a preliminary outline of the Pillar and a compilation of EU social rights that currently apply in all member states. The Commission said that the Pillar was intended to set out a “framework of principles” and offer a “policy compass for fair and dynamic labour markets… and for well-functioning and sustainable labour markets.”

It is clear that this initiative should be primarily seen against the backdrop of the debate about the future of the euro. A 2015 report by Juncker and the heads of the other main European institutions (the ‘Five Presidents Report’) said that employment and social issues had to feature significantly higher in European economic policy coordination if the single currency is not just to prosper but survive.

Such a limited ‘economic’ rationale for the Pillar would be insufficient to meet the social challenges now facing Europe after years of austerity and would as a result only give rise to further disillusionment with Europe. However, two major milestones in the campaign to promote a more ‘social’ Pillar were reached in January, in the European Parliament (EP) and in the European Economic and Social Committee (EESC).

First, centre-left political groups in the EP, led by the Socialists and Democrat rapporteur, Maria João Rodrigues, worked closely with trade unions and civil society organisations to draw up and win cross-party support for a progressive response to the Commission’s 2016 preliminary outline.

This report was adopted on 19th January last by 396 votes to 180 with 66 abstentions, with the support of the Socialists & Democrats, the European United Left, the Greens and many European People’s Party and Liberals MEPs. The only groups to vote against were the Conservatives and the ‘Europe of Nations and Freedom’ (i.e. the group based around the French National Front).

Last minute attempts by some centre-right MEPs to delete or dilute a number of recommendations were in the main defeated. While the centre-left did have to compromise in some areas, the final report is a good roadmap towards a more social Europe. Key recommendations include:

• That anyone who is engaged through online platforms (either employed directly or as a genuinely self-employed worker) has “analogous rights as in the rest of the economy”; the European Trade Union Confederation (ETUC) hailed this as a “significant breakthrough”.

• The Commission to “actively support” the “wider coverage” of collective agreements and wage floors in the form of a national minimum wage in all countries. (The centre-right groups did manage to delete a recommendation that national minimum wages should “gradually attain if possible” at least 60% of national median wages and should not be below the living wage; this was despite the fact most centre-right MEPs voted for a similar call last September).

• A Social Protocol to be included in the next revision of the treaties so as to strengthen fundamental social rights vis-à-vis the ‘four freedoms’ currently guaranteed by the treaties (i.e. free movement of workers, goods, capital, the right to establish and freedom to provide services). This particular call, a core aim of unions, was only just adopted — 317 in favour, 315 against, and 33 abstentions.

The EP’s report concludes that the Pillar should be adopted as an agreement between the main EU institutions, with the involvement of unions, employers and civil society at the highest level, and should contain “a clear roadmap for implementation”.

Many of the recommendations were also contained in the opinion of the EESC adopted on 25th January. For example, the opinion stated that the Pillar should apply in all countries, that collective bar gaining should be promoted at all levels, and that the ‘sharing economy’ and other new forms of employment should not be used to avoid decent wages.

The Commission is now expected to come forward with its proposals for the Pillar in March, at the same time as it issues a White Paper on the future of Europe, including the euro. The EP’s and the EESC’s reports aren’t binding but they do send a clear political signal that if Europe doesn’t reconnect with the public, particularly working people and unemployed people, and fails to tackle not just popular disillusionment but popular resentment towards the EU, the whole European project itself is at risk of disintegrating.

As the General-Secretary of the ETUC, Luca Visentini, said at a 23rd January conference on the Pillar: “The EU is in the last chance saloon to tackle working people’s anger towards the EU.”

It does seem to be the case that some EU leaders, including Jean Claude Juncker, do understand the dangers. At the close of the 23rd January conference he said: “We won’t be able to make a success of Europe if we can’t make a success of the Pillar — this is our last chance.” But it is equally the case that many others do not or, more ominously, are quite willing to risk a break-up.

How the Commission and national governments take the European Pillar of Social Rights forward will play a large part in determining the future (or not) of Europe over the coming years.