IMPACT and SIPTU trade unions, representing residential care staff at the Oberstown detention centre, have accepted an invitation to attend a meeting with Oberstown management on Monday (5th September) at 11am under the auspices of the Workplace Relations Commission.

The meeting will seek to address outstanding issues in an ongoing industrial dispute concerning the safety of staff working at the Oberstown campus.

Notified industrial action, which was due to take place on Monday, has been deferred. 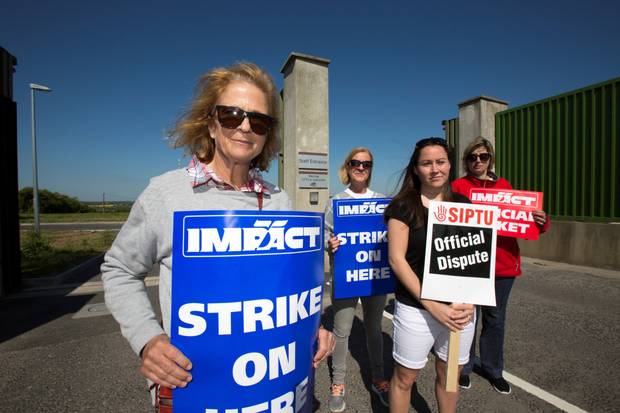 SIPTU Organiser, Ray Stanley said: “Earlier this week, workers voted to reject WRC proposals aimed at bringing an end to this dispute because of a concern that they failed to address health and safety issues within an acceptable timeframe.

“During the coming days, union representatives will seek engagement, through the WRC, with management in an attempt to secure from it a fair and realistic timeframe for the full implementation of the proposals.”

He added: “Our members are at daily risk of serious injury. They have on numerous occasions over the last 15 months, along with their colleagues in IMPACT, raised concerns regarding health and safety issues with management. These concerns have not been adequately addressed. This situation must change so that a positive solution can be found for the workers and the young people they care for.”

SIPTU members working in Oberstown Detention Centre in Lusk, County Dublin, have today (Wednesday, 25th May) served notice of a series of work stoppages beginning on Tuesday, 31st May, from 8.00 a.m. to 12.00 p.m.

The action is a result of a management refusal to adequately address serious health and safety concerns highlighted by staff.

SIPTU Organiser, Ray Stanley, said: “Our members, along with their colleagues in IMPACT, have on numerous occasions over the last 15 months raised concerns regarding health and safety issues for staff and the young people that they care for. These include the fact that our members are at a daily risk of serious injury and assault.

“Due to management intransigence, the workers have been left with no option but to take industrial action in an attempt to have their concerns adequately addressed. Management must immediately engage with staff and their representatives with the aim of agreeing changes at the facility that will ensure that a safe environment is created for staff and the young residents.”

He added: “The work stoppages between 8.00 a.m. and 12.00 p.m. will begin on Tuesday, 31st May, and continue each Tuesday throughout the month of June. It is deeply regrettable that staff have had to undertake this action. During the industrial action the staff will continue to provide the best care possible. They are also committed to ensuring that the action will not interfere with the state examinations being held at the Centre during June.”

Residential care workers and night supervising staff have backed industrial action by a margin of 95% in a dispute over the safety of clients and staff at the Oberstown detention centre in Lusk, County Dublin. IMPACT and SIPTU, say staff and residents at the understaffed centre, are exposed to daily risk of violent assault.

The most recent official figures revealed over 100 violent incidents in Oberstown last year, almost half of which were classed as ‘critical’. Critical assaults and injuries necessitated a total of 3,005 employee sick days, involving 65 staff members.

The Oberstown campus currently caters for 48 under-18s, including a mix of vulnerable young offenders and violent criminals with multiple convictions for serious offences.

The industrial action is likely to include work stoppages, during which emergency cover will be provided. The turnout in the ballot was 91%.

The move comes against the background of a high and growing number of attacks on staff since the expansion of the State’s only youth detention centre to facilitate the transfer of offenders from the prison service.

SIPTU official Ray Stanley said the unions had raised safety concerns on a daily basis in recent years. “While there has been a management response, it has been wholly inadequate and totally in effective. Meanwhile, the Department of Children and Youth Affairs don’t want to know. As a result, dedicated staff feel they have been forced to back industrial action,” he said.

IMPACT official Tom Hoare said: “A series of policy decisions has left Oberstown care workers doing the work of prison staff with the facilities and equipment of a residential care home. The campus is badly designed and understaffed, with inadequate safety equipment and procedures to deal with a mix of vulnerable young people and violent offenders. The result is a daily risk of serious assault, which leaves many of the staff literally in fear of their lives as they leave for work each day.