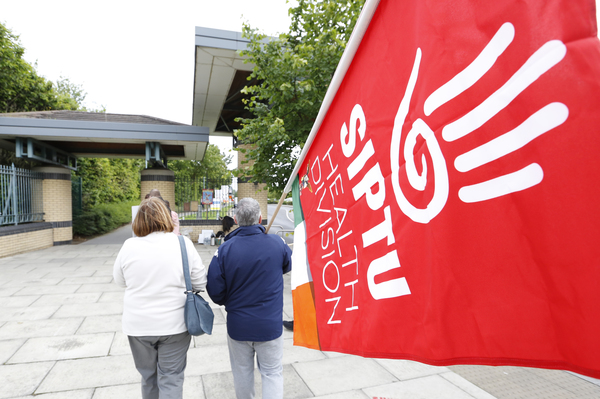 Trade union badges first became commonplace with the rise of the ‘New Unionism’ of the 1890s among the previously unorganised dockers, carters and general workers in Britain and Ireland.

In order to ensure union members were given preferential treatment at the dock gate, a badge was issued to each member for a fixed period and then withdrawn in exchange for a different badge but only to those who cleared their contribution cards.

At the time of the Lockout, the four provincial emblems were being used in rotation by the ITGWU: the red hand of Ulster in 1913; the three crowns of Munster in 1915; the Connacht arms within a blue circle in 1917; and the harp of Leinster in 1918.

The most famous ITGWU badge was the red hand with the letters ITWU and the date of 1913. This was the emblem of resistance in the Lockout and was adopted as a cap badge by the Irish Citizen Army.

It also became immortalised in the song Who Fears to Wear the Blood Red Badge by the Scotsman Andrew Patrick Wilson that was published in the Irish Worker in October 1913.

In 1919, the ITGWU Executive decided to permanently use the red hand badge, which had become synonymous with the union in the public mind due to the events of the Lockout.

Song: Who Fears to Wear the Red Hand Badge