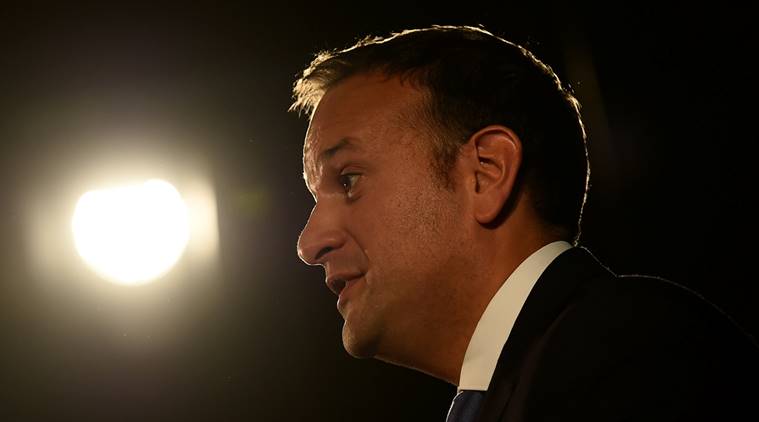 After months, if not years, of shadow boxing, the Fine Gael leadership race was less Game of Thrones, and more like Mad Max. Two men entered, one man leads. Realistically, there was only ever going to be one winner. In some ways, the new Age of Leo bears all the hallmarks of what came before. His swift and seemingly inevitable ascent to the throne was a decade-long masterclass in media management and the projection of a political image. Ever-ready with a pithy soundbite, if light on ministerial accomplishment, it was a true triumph of style over substance.

That is not to say the Taoiseach is devoid of substance. Far from it. In fact, recognising Paddy’s scepticism of “ologies and isms”, he has become adept at using the dog-whistle, where once he would have blown the foghorn.

Whereas once he whipped up a frenzy of opposition to the sale of methadone in his local chemist or openly invited immigrants to self-deport, his recent leadership campaign was aimed at “people who get up early in the morning”. He has learned over the years to cloak his hard-right instincts in language that is populist and palatable. This is Leonomics: Reaganomics with Irish characteristics.

With remarkable chutzpah, and largely unchallenged by Irish media, Varadkar has seized upon the Zeitgeist of Macron-mania, styling his Government as “neither right nor left”, but of the rather vacuously-titled “new European centre”.

This after his leadership campaign put a Thatcherite nail in the coffin of Fine Gael’s Just Society tradition. Similarly, earlier this month he played fawning host to Justin Trudeau, Canada’s prime minister and global progressive icon in the post-Obama era. The new Taoiseach sagely sought advice on how to get more women involved in politics, not a fortnight after his own Cabinet appointments were slated for being male, pale and stale.

Again, style – and novelty socks – over substance. There is one thing that hasn’t changed, however: a zealous commitment to cutting tax and shrinking the State above all other public policy concerns. This remains the North Star in the new Age of Leo.

What does all this mean for Budget 2018?

There are two big constraints on the Government as they piece together next year’s budget. The confidence and-supply agreement with Fianna Fáil stipulates that extra resources be allocated in a two-to-one ratio between more spending and less tax. The binding external constraints to EU budget rules, as well as the extra post-bailout restrictions imposed on Ireland by the Troika. Ahead of the budget, the Department of Finance estimates on the basis of forecasts for economic growth, Government spending and tax revenues, what is likely to be the maximum margin for manoeuvre in the coming year, assuming no policy changes and respecting the budget rules.

This is the so-called fiscal space. Underperforming tax revenues in the early part of 2017 had begun to pick up by the end of June, meaning full-year targets are likely to be met as Irish and international growth remains robust. Although Brexit fears are likely to increasingly weigh on UK growth going forward, the euro zone and global economies are expected to accelerate from their 2016 nadir during 2017 and 2018. But, even this margin for manoeuvre is insufficient to finance the sort of income tax cuts the new Government has set its sights on.

So, they have come up with the concept of “hidden fiscal space”, whereby cutting expenditure or raising taxes elsewhere could be used to finance income tax cuts. Of course, there is nothing ground-breaking about pointing out these possibilities. It’s just that it can be difficult to do politically, other than hiking excise on the “old reliables”.

Moreover, there’s no compelling reason why any such extra resources shouldn’t be diverted to tackling the country’s most pressing social challenges, such as the housing crisis. Already, the Government has signalled there is likely to be €550 million in fiscal space when Paschal Donohoe comes to announce the 2018 Budget in October.

In its most recent Quarterly Economic Observer, the Nevin Economic Research Institute estimated there would be only €350 million once the new public pay deal and other pre-commitments are taken into account. Recent reports suggest, however, that the Department of Finance expects to succeed in negotiations with their EU counterparts around how exactly the fiscal space is calculated, which could see it double in size to more than €1 billion.

This shows how sensitive the calculations are to the underlying assumptions. The Government has made no secret of who these income tax cuts should benefit. They want to see a reduction in the marginal rate from its current 52% to below 50%, while increasing the income threshold at which the rate kicks in as high as €40,000 for a single person.

According to the OECD, Ireland’s marginal rate of income tax is not particularly high, but it does kick in at a particularly low level. The problem from a distributional point of view is that such changes only benefit the minority of better-off workers who already pay the higher rate of tax.

At the same time, unlocking “hidden fiscal space” by cutting expenditure or by increasing indirect taxes is likely to impose the highest burden on those on the lowest incomes. Every budget from 2011 to 2016 was regressive, imposing a disproportionate burden of austerity on those least able to bear it while giving back disproportionately to the better-off once the shackles of austerity had been loosened.

Increases in welfare payments in 2017 led to a slightly more progressive outcome, though the new Taoiseach has signalled a repeat is unlikely. If Leo and Paschal get their way, the 2018 budget could be the most regressive yet.

This article was written by Vic Duggan and appeared in the latest issue of Liberty.